Xbox One delivers an entertainment experience like nothing before. Its innovative technology is rivaled only by its iconic design. Sharp corners and clean lines make for a sleek, modern console that complements any decor. Xbox One was designed from the ground up to be the centerpiece of every living room.

This bundle includes the Xbox One console with the all new Kinect, one Xbox One Day One Limited Edition Wireless Controller, an HDMI cable, a chat headset, a free 14-day trial of Xbox Live Gold for new members and a digital copy of EA Sports FIFA 15 and Dance Central Spotlight.

Play with peak performance.
Xbox One is the perfect balance of power and performance. In addition to Xbox One’s revolutionary architecture, the combination of its CPU, GPU, and ESRAM is like having a supercomputer in your living room. But raw power is nothing without speed. So the Xbox One uses its power more effectively, creating lightning fast experiences unlike anything you’ve had before.

8 Cores
An 8-core x86 processor lets you instantly switch between a game and your entertainment apps with ease.

HDMI Pass-Thru
Connect your cable or satellite box to your Xbox One and prepare for lift off. HDMI pass-thru enables you to watch TV through your Xbox, which makes switching inputs seem almost pre-historic.

Loaded with memory
8GB of RAM and a 500GB hard drive give you plenty of memory for your games, demos, movies, apps, music, and more.

Blu-ray
Watch movies and play games in stunning HD with a Blu-ray player.

A one-of-a-kind architecture.
Xbox One was designed to be the most advanced gaming console ever, and the best entertainment console. To make that possible, we did something unprecedented. For the first time ever, we created a state-of-the-art gaming OS and fused it together with a powerful Windows OS. So you get the best of both worlds, without compromise. Forget about having to switch inputs to watch TV or play a game. Now you can run a host of apps right alongside your game without any loss of performance.

All together now.
Xbox SmartGlass turns your mobile phone or tablet into a second screen that intelligently interacts with your Xbox One. Navigate with your touch screen, pinch, and tap to surf the Web on your TV. Your wireless device becomes the ideal companion to your Xbox One as it serves up extended experiences of your favorite TV shows, movies, music, games, and sports.

There are no reviews yet.

Be the first to review “Xbox One” Cancel reply 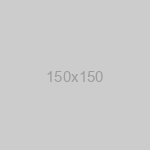